Today is one of the instances where Good Friday and Passover land on the same day, in spite of the fact that the Catholic Church tried so hard to make sure that this didn't happen.  Good Friday is allegedly the day that Yeshua (Jesus) died.  The alleged date of this death is Friday, March 25, A.D. 33.  There are a few problems with this date, however.

You can't get 3 days and 3 nights from a Friday burial and Sunday resurrection.  Some will claim that something taking up a part of the day is counted as taking a full day.  But this nullifies what Yeshua said concerning his (then) upcoming death and resurrection.  When you see something like what we have in the above passage, it means a specific number of full days and full nights.  In this case, 3 full periods of daylight and 3 full periods of night.  But from what we would call Friday evening to Sunday morning only gives 1 day and 2 nights in the grave.

But let's be a little generous and say that part of a period of daylight counts as the full daylight period, and part of a period of night counts as the full period of night.  How many days and nights would he be in the grave for given a Friday burial (just before or at sundown) and a Sunday resurrection?  2 days and 2 nights!  Yeshua would have to have died on Thursday in order for this to count as 3 days and 3 nights when using this unbiblical counting method.

So, what would a Thursday burial give us when requiring the full length of the daylight and night periods?  2 days and 3 nights.  Just one daylight period short of the full 72-hour period that he said he would be in the grave for.  So what would it take to get 3 days and 3 nights?  A Wednesday death with burial at sundown, and a resurrection on what we would call Saturday evening.  They would call it the evening of the first day. 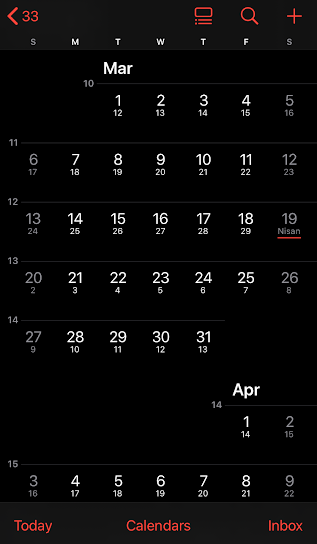 The biblical new year is in the month of Aviv, which is now called Nisan (yes, the Hebrew calendar has been paganized).  Passover is on the 14th of Aviv.  This year, it happens to be today.  Take a look at where the 14th of Aviv lands in the year of A.D. 33.  It lands on Friday, April 1.  Good Friday didn't even land on the correct Friday that year!  It's exactly one week off.

Now, let's address a common argument used to defend the tradition of Good Friday:  That the next day was the Sabbath.  The fact of the matter is that the day after Passover is always a Sabbath, regardless of which day Passover falls on.  Aviv 14 is Passover, and Aviv 15 is the first day of the Feast of Unleavened Bread.  This day is what is known as a "special Sabbath".  Aviv 21 is the 7th and last day of the Feast of Unleavened Bread.  It too is a special Sabbath.  So no matter which day of the week Passover falls on, the next day is still a special Sabbath.  The relevant passage is Leviticus 23:4-8. 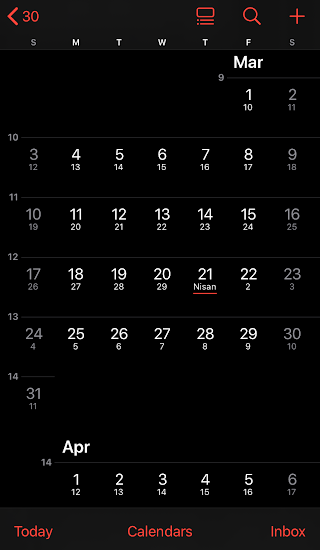 Here is A.D. 30.  Notice the start of Aviv.  And notice where Aviv 14 lands.  It lands on Wednesday, April 3.  This is the exact day that it needs to land on in order to fulfill Yeshua's prophesy about him being in the ground 3 days and 3 nights.  Note that the Last Supper happened on what we would call Tuesday evening or Tuesday night.

Here is the sequence of events that happened:  On Tuesday night, Yeshua eats supper with his disciples for the last time.  He then goes out with his disciples to the Mount of Olives to pray.  It is there he is arrested.  The following morning, Yeshua is sentenced to death and sent to Golgotha where he is crucified.

Finally, on what we call Saturday evening, Yeshua rises from the dead and is discovered the following morning.  This is the Feast of First Fruits, and Yeshua is the First Fruits of the dead.  It also fulfills his Matthew 12:40 prophesy.

Whatever I command you, be careful to observe it; you shall not add to it nor take away from it. [Deuteronomy 12:32; NKJV]

This is pretty straight-forward:  We are to serve Yahweh the way he commands us to serve him.  We are not to serve him our own way.

Good Friday seems to be an exception to the rule that the Catholic Church hijacks everything (don't count on that though).  A read through Scripture reveals that the disciples were not specific that Yeshua was in the ground 3 full days and 3 full nights.  They were also typically not specific on the time of day of his death and resurrection.  This lack of specificity, if continued, would naturally result in people believing that Yeshua was crucified on Friday and raised on Sunday.  And since I can't find anything on the exact origins of Good Friday, I'm going to conclude that this is what happened, and that the Catholic Church just ran with it.  And I also found that the name "Good Friday" is less than 800 years old.

If you want to remember Yeshua's death on the day that he died, then you should celebrate Passover according to all of the rules laid out in Exodus 12:43-49.  If you don't want to do that, that's fine.  Yeshua gave us something to remember his death by that nobody does.  It's called the "Lord's Supper".  This has been replaced with a cracker and one-ounce cup of grape juice called "Communion".  Also, Yeshua simply said "do this in remembrance of me."  So we can do this as often as we want.

Is it Ever Acceptable to Break God's Law?

For those who have read a significant number of my blog posts, you might think that I will answer a definite "no".  But there is o...